The Quatuor Danel was founded in 1991 and has been at the forefront of the international music scene ever since, with important concert performances worldwide and a row of groundbreaking CD
recordings. The quartet is famous for their bold, concentrated interpretations of the string quartet cycles of Haydn, Beethoven, Schubert, Shostakovich, and Weinberg. Their lively and fresh vision on the traditional quartet repertoire has delivered them subsequent praise from public and press. The other part of their force lies in the collaboration with major contemporary composers such as Wolfgang Rihm, Helmut Lachenmann, Sofia Gubaidulina, Pascal Dusapin, Wolfgang Rihm, Jorg Widmann and Bruno Mantovani.

Russian composers have a special place in the Quatuor Danel’s repertoire. They have championed all string quartets by Shostakovich and recorded the complete cycle for Fuga Libera in 2005. This box-set was recently re-issued by Alpha and still counts as one of the benchmark interpretations of Shostakovich’ quartets. The Danel were the first quartet to record the other great string quartet cycle of the twentieth century: the 17 quartets by Mieczysław Weinberg. Their performance in Manchester and Utrecht was the first time ever live interpretation of the complete Weinberg cycle worldwide. For the two seasons to come the quartet will be presenting complete Weinberg cycles in Amsterdam, London, Japan and Paris for the centenary of Weinberg’s date of birth. 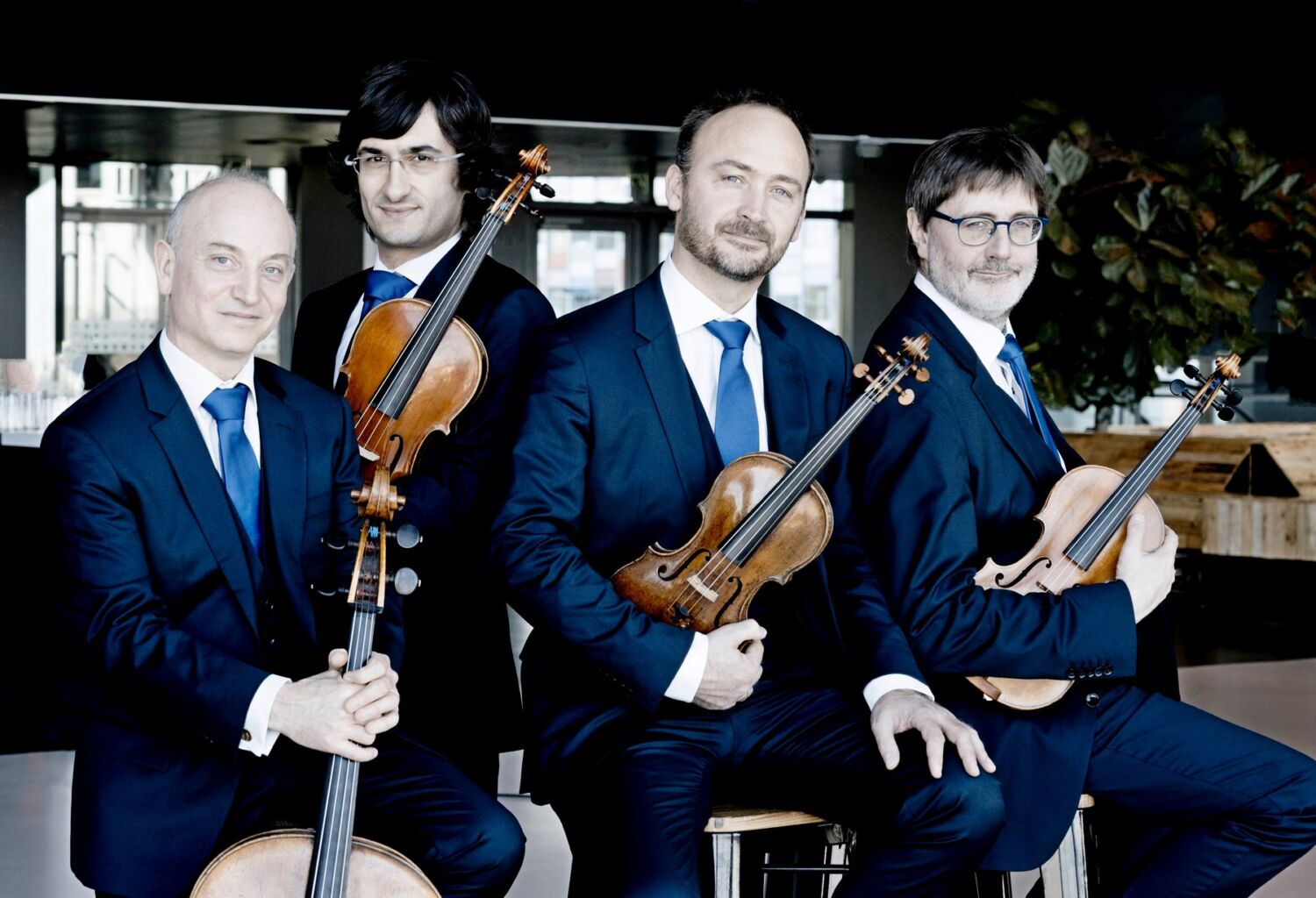 Education is also at the heart of the activities of the Quatuor Danel. An essential part of their mission is to pass on their knowledge, their experience and the musical heritage they received from their own mentors: members of the Amadeus and Borodin Quartets, Fyodor Druzhinin, Pierre Penassou, Walter Levin and Hugh Maguire. Since 2005, the Quatuor Danel is quartet in residence at the University of Manchester, where they uphold a tradition of coaching and collaborations with world-renowned musicologists. Since 2015, they also teach regularly at the Netherlands String Quartet Academy in Amsterdam. They gave classes at the University of California, Los Angeles (UCLA), University of Maryland and Skidmore College, at the Taipei National University of the Arts, at Conservatoire of Music and Dance Lyon the Conservatoires of Lille and Nice and at the Kuhmo Chamber Music Festival.

The quartet’s current diary will take them to the major concert halls in Brussels, Amsterdam, Paris, London, Madrid, Vienna, Milan, Taipei, Tokyo and New York, but they are also comfortable playing in lesser known intimate venues. Quatuor Danel is a regular guest at festivals such as Ottawa, Kuhmo, Cork, Schleswig-Holstein, Bregenz, Schostakowitsch Tage Gorisch, Luzern Zaubersee, Sakharov Festival, Enescu Festival, Fayence, Luberon, Montpellier, Folle Journée de Nantes and Musica Mundi. They will be performing the complete Shostakovich and Weinberg cycles at the Wigmore Hall in London from season 2019-20 and complete Beethoven cycles in Badenweiler Germany and Utrecht The Netherlands in Autumn 2017.

Future CD releases of the Quatuor Danel consist of the complete Tchaïkovsky quartets and Sextet ‘Souvenir the Florence’, the Piano Quintet and String Quartet by Franck and a longer term project with the late Beethoven quartets.