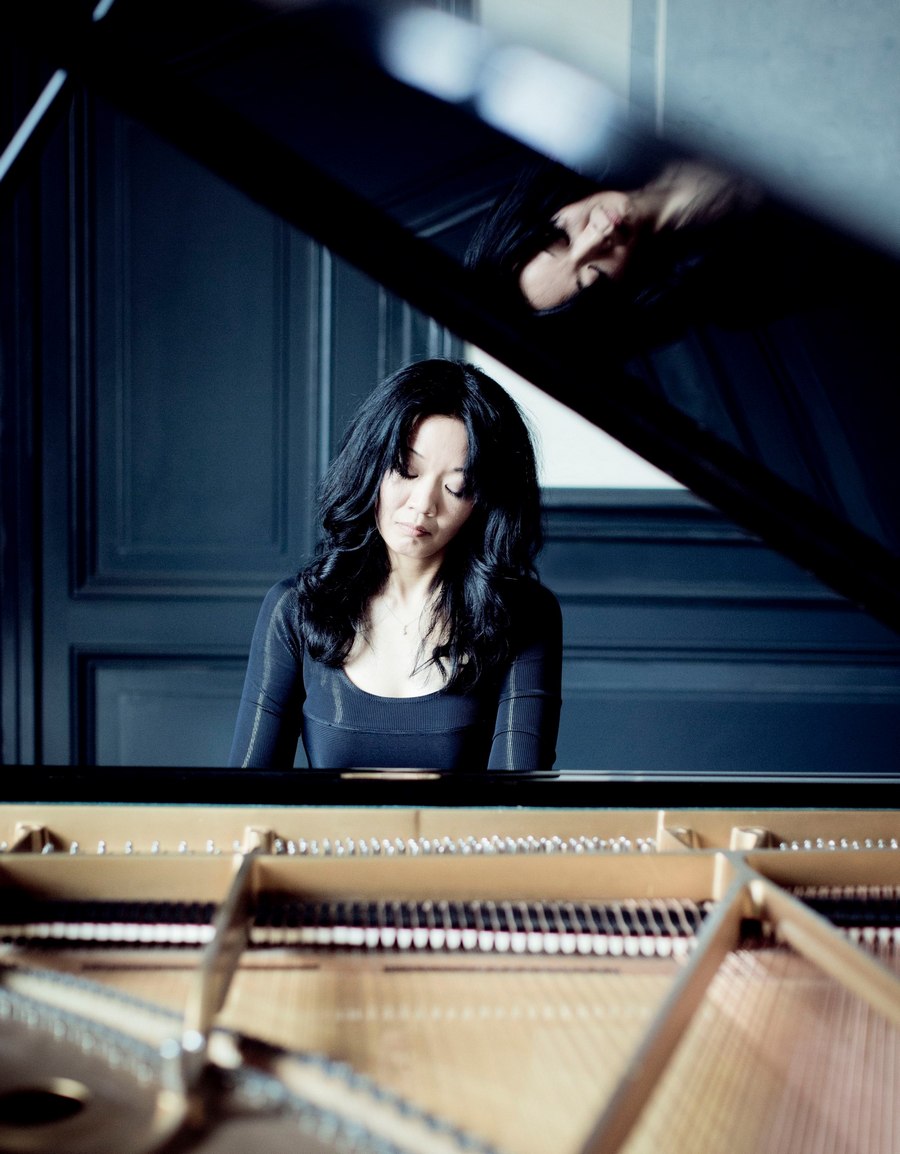 Her repertoire ranges from the classical and romantic periods to contemporary works. Composers such as Toshio Hosokawa, Jörg Widmann and Christian Mason have written especially for her. Momo Kodama is regarded as a highly distinguished interpreter of Olivier Messiaen’s oeuvre (among which the Turangalîla-Symphonie, the Vingt Regards sur l’enfant-Jésus, the Catalogue d’Oiseaux), and premiered his Fantaisie for Violin and Piano with Isabelle Faust in 2006.

Her latest recording for ECM, released in spring 2021, features concertos by Mozart and Toshio Hosokawa, with the Mito Chamber Orchestra conducted by Seiji Ozawa. Prior to this, her CD “La vallée des cloches” and “Point and Line – Hosokawa/Debussy Etudes” also released by ECM, received outstanding reviews from the New York Times, BBC Music Magazine (recording of the month), Classica (“Choc”), Neue Zürcher Zeitung, In addition, Momo Kodama has recorded two CD’s for Pentatone together with her pianist sister Mari with works by Tchaikovsky and Martinů, as well as four CD’s for Triton with works by Chopin, Debussy and Messiaen.  On october 1st, Momo Kodama was appointed Professor at the Hochschule für Musik Karlsruhe.

Born in Osaka in Japan, Momo Kodama spent her early years in Europe: educated at a German school, she attended the Conservatoire National Superieur de Musique de Paris. She continued her studies under Murray Perahia, András Schiff, Vera Gornostaeva and Tatiana Nikolayeva. In 1991, she became the youngest laureate of the ARD International Music Competition in Munich.

Momo Kodama is based in Paris and Karlsruhe. In her spare time she enjoys cooking, especially for and with friends and family.