The Beethoven Trio Bonn are one of the most exceptional and interesting piano trios currently performing. Since their inception in 2005, they have delighted audiences as well as national and international music critics with their “highly expressive passion” (Kulturradio Berlin-Brandenburg), their “perceptive lucidity” (Kulturspiegel), their “gripping balance of emotion and elegance” (Rondo) and their “daring yet convincing performances” (Bonner Rundschau).

The Beethoven Trio Bonn first made their name with compositions by their eponym Beethoven and other Romantic works, before more recently turning their attention to Russian repertoire. Mikhail Ovrutsky (violin) and Grigory Alumyan (violoncello) are two of the founding members of this ambitious piano trio, which in 2015 maintained and strengthened its tradition with the addition of pianist Jinsang Lee. All three musicians are among the best in their instruments, are major international award winners and pursuing successful solo careers.

Three highly praised CDs document their work to date. Their début CD featuring piano trios by Beethoven and Mendelssohn (Antes) met with great enthusiasm from critics and earned the Trio numerous concert invitations worldwide. In cooperation with Deutschlandfunk, the Beethoven Trio Bonn have produced recordings of the First Piano Trios by Arensky, Rachmaninoff and Shostakovich on the well-known label CAvi-Music, in addition to a first recording of a work by Kapustin. Their world premiere recordings of the newly rediscovered Russian composer Alexander Alyabyev on CAvi-Music in 2015 caused a sensation nationally and internationally and received nominations for awards including the German Record Critics’ Award. The ensemble’s next CD is currently in production in cooperation with Bavarian Radio (Bayerischer Rundfunk).

​Guest performances have taken the musicians all round the world, for example, to South Africa, Spain and Austria, to the USA, and to Japan, where their widely acclaimed concert in the Kioi Hall in Tokyo was a high point in their tour. The piano trio has also performed at the Beethovenfest in Bonn and at the Raderberg concert series in Cologne. 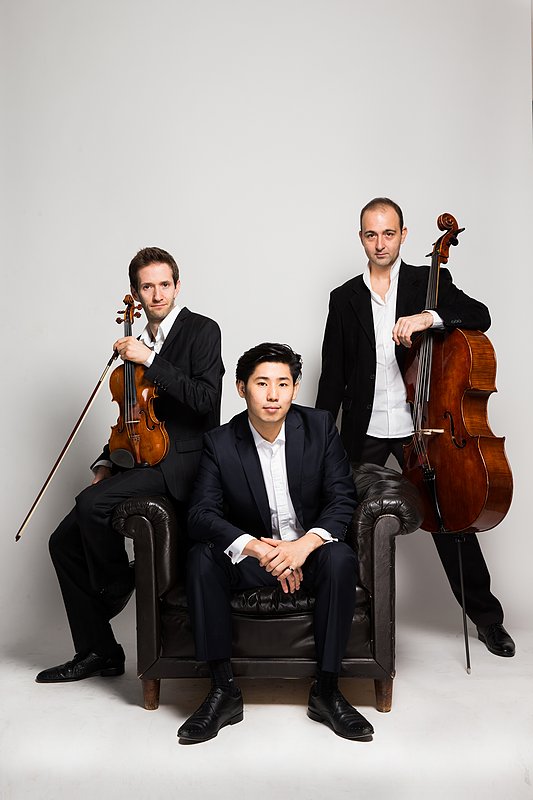